Honeybush is the most traditional of the Rooibos tea. Refreshing and cleansing with hints of honey.

Honeybush (Latin: Cyclopia spp.) is native to the Cederberg District (the Eastern Cape) of South Africa. Dutch botanical records from the area - the Dutch being South Africa's first European colonizers - make mention of Honeybush consumption as far back as the mid to late 1600's. The first mention of the consumption of Honeybush as a caffeine free tea substitute outside of South Africa however appeared almost 200 years later. A pharmacological handbook published in the US in 1898 titled, King's American Dispensary of 1898, makes mention, under the heading "Tea," of Honeybush as an acceptable tea substitute manufactured in the Cape Colony of South Africa, then governed by the Dutch East India Company. Back in those days Honeybush was entirely collected by hand from bushes that grew wild in the region's mountainous terrain. Even today, it is still quite common for commercially available Honeybush to be harvested by hand from wild bushes although this is becoming less common as international demand for a more consistent product rises. In recent years producers have begun focusing on commercial cultivation of the plant.

So how is Honeybush tea manufactured? Similar to regular black tea there are 4 steps: harvesting, cutting, fermentation (oxidation), and drying. The harvested bush clippings are brought to the factory where they are mechanically chopped to help the cellular breakdown responsible for fermentation. Next, the cuttings are either formed into firmly packed heaps and covered with canvas sacks, or as is the case with much of the newly cultivated Honeybush, placed in pre-heated baking ovens. (With the rise in consumption of Honeybush, baking ovens are gaining popularity since they make it much easier to control the quality of the finished product.) Once the tea has fermented, (about 3 days if a curing heap is used, or about 30 hours if an oven is used,) it is spread out on canvas sheets and allowed to dry for one or two days. The resulting tea is as healthy as it is tasty. Honeybush tea is caffeine free, high in antioxidants, and has a wonderfully sweet, very slightly astringent flavor with overtones of honey - the overall flavor is very unique and has been compared to hot apricot jam or a dried fruit mix. When brewing the tea, try adding a spoonful of honey to the cup to help open this delicate honey-like character. Although Honeybush is traditionally enjoyed piping hot, over ice it makes an incredible summertime refresher. Either way, this is definitely one of our more interesting tea offerings. 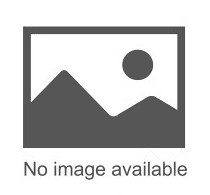